Eartheart is delighted to be hosting a a very special weekend with author Robert Lawlor.
Tickets are on sale now!
Details as follows 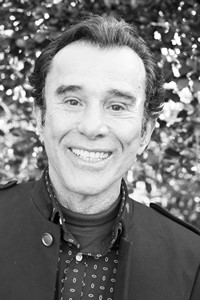 Robert Lawlor is the author of the books Earth Honoring: The New Male Sexuality, Sacred Geometry and Voices of the First Day. Robert Lawlor was one of the original members of Auroville in India. Formerly an artist living in New York Lawlor discovered the works of Schwaller DeLubicz and moved to France. After studying with Schwaller's daughter Lucie Lamy, Robert, and his wife Deborah, went on to translate several of DeLubicz's works into English including the voluminous Temple of Man series. Robert then moved to Australia where he became interested in the ways of the local aboriginal culture of Australia. His experiences with this most primal and original race turned into his classic investigation Voices of the First Day.

Robert Lawlor will discuss the Geometry and Measurement of Ancient monuments such as Stonehenge, the Great Pyramid, The Sphinx and Mayan Temples. These vast constructs symbolise, not only the Laws Of Space And Form, but also the Cyclic Laws Of The Great Ages Of Time. These Cycles influence the development of all life on earth and especially the transformations inherent in the Human Consciousness, Body and Soul.

WORKSHOP 2: THE PLACE OF THE SOUL IN ANCIENT CIVILISATIONS

Lawlor will emphasize the structure and functions of the Soul and its responsiveness to both the Creative and Destructive, the Light and the Darkness of the two major Cyclic Patterns; the Precession of the Equinox (The Great Year) along with the mysterious Yuga System, transmitted many thousands of years by Egyptian and Indian Civilisations.